"Neuromancer" by William Gibson. A Book Review by ~nartes-fasrum 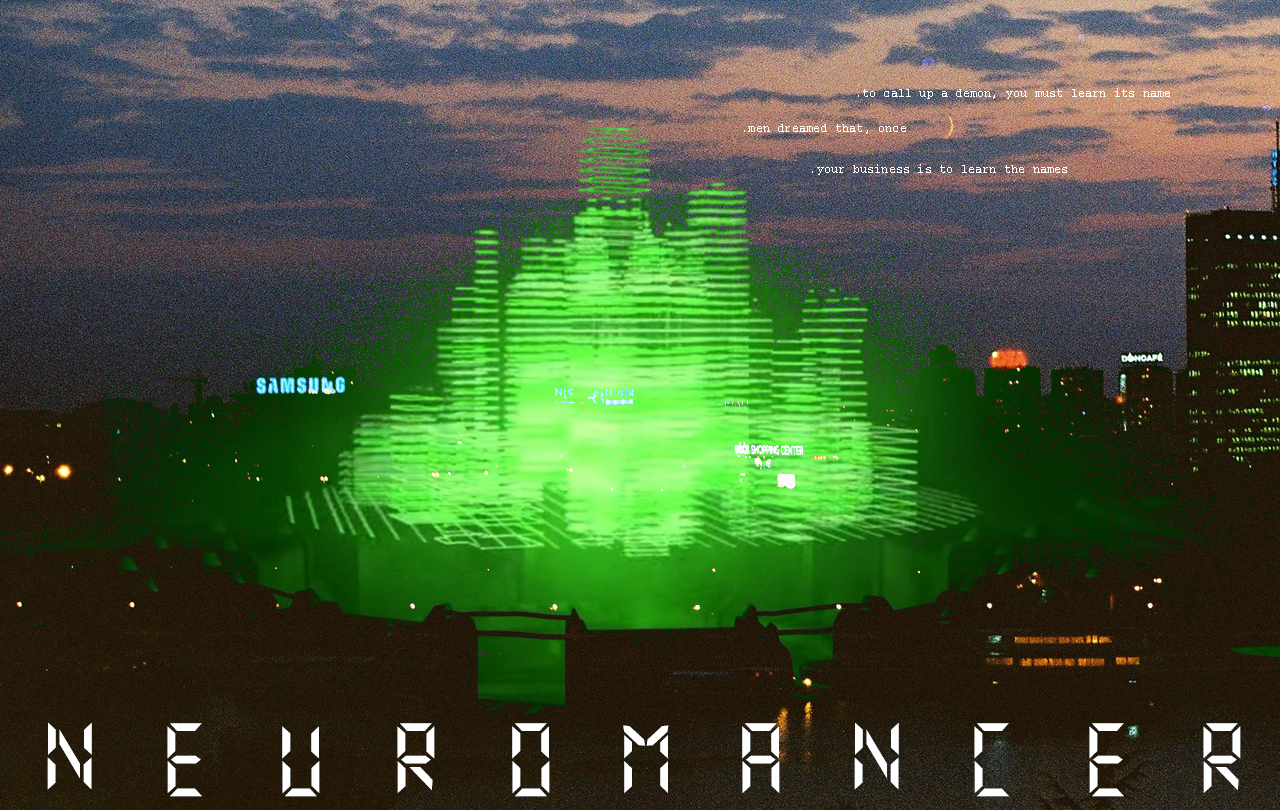 "To call up a demon you must learn its name. Men dreamed that, once, but now it is real in another way. You know that, Case. Your business is to learn the names of programs, the long formal names, names the owners seek to conceal. True names..."

Neuromancer is the most influential, the best known, & first novel of William Gibson, an American draft-dodger & boomer with colossal influence on any fiction relating to science or the digital. Gibson looks like a distant relative of Nick Land, and the two have shared heritage in drugs, cybernetics, and so on. The former undoubtedly influenced the latter's increasingly insane analyses of capital and technology - though as far as I'm aware, Land never explicitly influenced Gibson's work (which seems to have become much tamer and less visionary, while remaining somewhat entertaining, as the 21st century dawned). Gibson suggests, though in a way subtler than Land, that technocapital (& the future at large) can be summoned through learning the true names of things - and Neuromancer is, in the abstract, a quest of finding a name.

If nothing else, Neuromancer is extremely cool, but much of the most interesting content of Neuromancer is merely inferred or implied. A global pandemic wiping out (at least) most large mammals, nuclear war that left Germany a glowing radioactive crater, space-station secession. One could imagine a Landian edit of Neuromancer that splices in scenes of nanospasm, heat death, and Neo-China arriving from the future. By letting the reader fill in blanks, Gibson allows for a much wider world than would otherwise be possible. Razorgirls, cyberdecks, sim-stims, Sense/Net, console cowboys, voodoo riders, ice, and a Shakespearean amount of other coinings overlay a plot that's not much more than a couple heists and cyberspace hallucinations. The pace and atmosphere more than make up for any failings, tropes, cliches in the plot and Neuromancer is worth reading even for the sense of energy it imbues and the stylistic portrait it paints.

In my case, I first came across it in high school on the tilde.town shared server, and every subsequent time I saw it mentioned on 8ch's /cyb/ I ended up re-reading it. I still have a Sense/Net sticker on an old portable drive I use for backups. Every now and again, I pick it up and find myself longing for a world of cassette AIs, holographic hacks, and high-tech low-lifes.