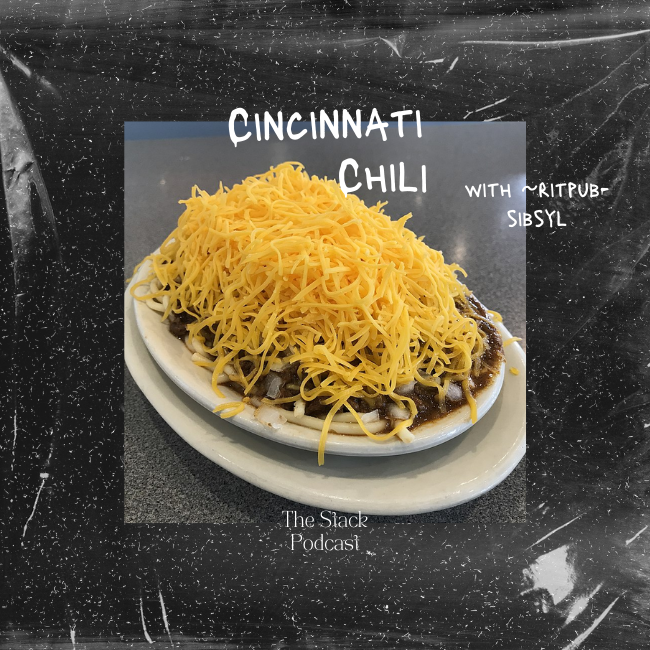 Welcome back to The Stack. This week we speak with Edward Amsden, engineer at Tlon and better known to the network as ~ritpub-sibsyl . We cover Cincinnati Chili, the warm dumpster runoff of Javascript, the origins of React, UrchatFM, and New Mars.

But first: the news.

~haddef-sigwen has shipped basic theming functionality for Escape or Escape by Uqbar or Uqbar. You can now easily change the background photo and opacity of Escape as well as change the borders to a pixel width of your choice. I like to change mine to 20px and then shock unsuspecting women with my girth. I remember an untrustworthy ex-girlfriend whose favorite was apparently solid black.

And Assembly 2022 is coming to Miami from September 22 to 25th. Looking to rehabilitate our image as crypto-fascists in the eyes of the American elite, we have decided to have our annual conference in the Bitcoin capital of the Ron DeSantis state. Apropos of nothing, this follows on the heels of Andy and I getting hired to the Foundation’s marketing team. Assembly 2023 will be in the People’s Republic of China in an apartment complex in Shanghai.

Personally, I’m a bit torn over attending Assembly. It’s not because upon leaving China it is doubtful I’d be able to return to my wife and children ever again: no, that’s a sacrifice one makes to spend a weekend with Urbit people. But the same weekend, the Shakespeare Oxford Fellowship are gathering for their yearly conference at the Oregon Shakespeare Festival in Ashland, Oregon. The 200 year old 400 year old question of Shakespeare’s true identity has been getting hot lately and I want to see what sort of new evidence these boomers are going to reveal. Will Alexander Waugh dazzle us with some newfound gematria implicating someone named John Oldcastle as Shakespeare’s butler and lover? I can hardly wait! I tried a little gematria of my own today. Try to figure it out if you have the time. It goes 474.346.885.925.987.664.028.008. First person to figure that one out gets a prize. As does the last!