Centralisation is part of the problem 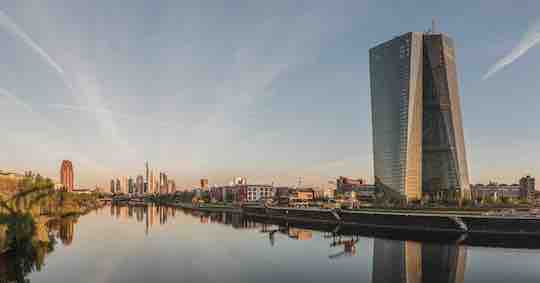 Claims that we need greater centralisation, more EU, or more globalisation are prevalent across the usual media channels. The climate crisis, environmental destruction, pandemics, the AI-threat, yes, everything will apparently be solved if a little more global coordination, governance and leadership can be brought about.

But, is this actually true? One of the best arguments for this conclusion stems implicitly from the futurist Eliezer Yudkowsky, who once proposed a new Moore's Law, though this time not for computer processors but instead for mad science: "every 18 months, the minimum IQ necessary to destroy the world drops by one point".

Perhaps we simply have to tolerate more centralisation, globalisation, control, surveillance, and so on, to prevent all kinds of fools from destroying the world?

Note: a Swedish version of this text is avalable at Affärsvärlden.

At the same time, more centralisation, globalisation, etc. is also what we have experienced. Power has been shifting from the local, and from the majorities, to central-planning bureaucrats working in remote places. This has been going on for several decades. The EU's subsidiarity principle, i.e. the idea that decisions should be made at the lowest expedient level, and which came to everyone's attention ahead of Sweden's EU vote in 1994, is today swept under the rug as untimely and outdated, perhaps even retarded.

At the same time, there are many crises, more than usual it would seem. If it is not a crisis of criminality, a logistics/supply chain crisis or a water crisis, then it is an energy crisis, a financial crisis, a refugee crisis or a climate crisis. It is almost as if one starts to suspect that all this centralisation may be leading us down the wrong path. Perhaps centralisation is part of the problem, rather than the capital S solution?

Why centralisation may cause rather than prevent problems

There are several reasons why centralisation, etc, may actually be a problem. And though few seem to be interested in such questions today (or perhaps they are too timid to mention their concerns?), it has not always been this way. In this short essay we'll note four reasons (though there are several others):

James Buchanan who was given the so-called Nobel price in economics in the eighties once said that: "politicians and bureaucrats are no different from the rest of us. They will maximise their incentives just like everybody else.".

Buchanan was prominent in research on rent-seeking and political failures, i.e. when political "solutions" to so-called market failures make everything worse. Rent-seeking is when a company spends resources (e.g. lobbying) to get legislators or other decision makers to pass laws or create regulations that benefit the company instead of it having to engage in productive activities. The result is regulatory capture. The more centralised decision-making is, the greater the negative consequences from such rent-seeking will be for society at large. This is known.

Another economist, Elinor Ostrom, was given the same prize in the great financial crisis year of 2009. In her research, she had found that local communities where people had influence over rules and regulations, as well as how violations there-of were handled, were much better suited to look after common resources than centralised bodies. To borrow a term from the combative Nassim Nicholas Taleb: everything was better handled when decision makers had "skin in the game".

A third economist, Friedrich von Hayek, was given this prize as early as 1974, partly because he showed that central planning could not possibly take into account all relevant information. The information needed in economic planning is by its very nature distributed, and will never be available to a central planning committee, or even to an AI.

Moreover, human systems are complex and not just complicated. When you realise this, you also understand why the forecasts made by central planners often end up wildly off the mark - and at times in a catastrophic way. (This in itself is an argument for relying more on factors outside of the models in the decision-making process.)

From Buchanan's, Ostrom's, Taleb's or von Hayek's perspectives, it also becomes difficult to believe that today's bureaucrats are the most suited to manage and price e.g. climate risks. One can compare with the insurance industry, which has both a long habit of pricing risks as well as "skin in the game" - two things sorely missing in today's planning bodies.

Instead of preventing fools, we may be enabling madmen

An even more troubling conclusion is that centralisation tends to transfer power to people who perhaps shouldn't have more of that good. "Not all psychopaths are in prison - some are in the boardroom," psychologist Robert Hare once said during a lecture. Most people have probably known for a long time that those with sharp elbows and who don't hesitate to stab a colleague in the back can climb quickly in organisations. In recent years, this fact seems to have become increasingly well known even in academia.

You will thus tend to encounter an increased prevalance of individuals with narcissistic and sociopathic traits the higher up you get in the the status hierarchy. And if working in large organisations (such as the European Union or Congress) or in large corporations, is perceived as higher status - which is generally the case, then it follows that the more we centralise, the more we will be governed by people with less flattering Dark Triad traits.

By their fruits ye shall know them

Perhaps it is thus not a coincidence that we have so many crises. Perhaps centralisation, globalisation, etc. cause crises. Perhaps the "elites" and their planning bureaucrats are, in fact, not the salt of the earth and the light of the world. Perhaps President Trump even had a point when he said "they are not sending their best".

They are not sending their best

The opposite of centralisation is decentralisation. And while most people may still be aware that decentralisation can be a superpower within the business world, it's time we remind ourselves that this also applies to the economy - and society - at large, and preferably before the next Great Leap Forward is fully thrust upon us.