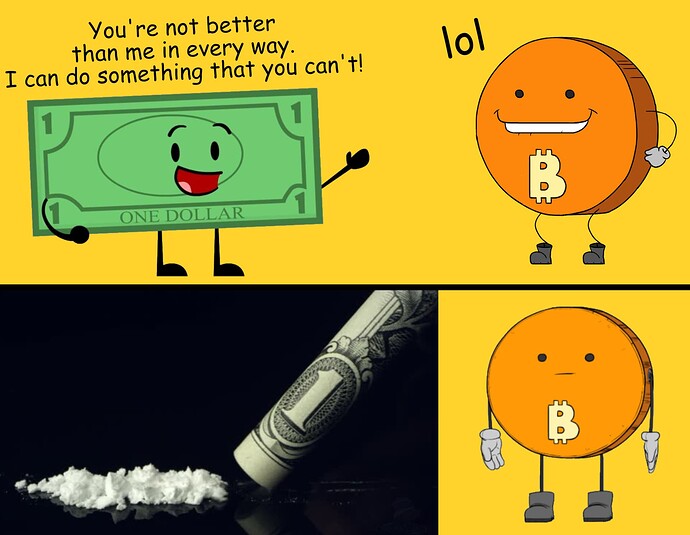 Truth be told, investing legend Hugh Hendry had a point when he recently said that "central bankers don't understand money, they only pretend". But before we merely assign blame to this modern clergy of ours, one might as well note that few of us actually seem to understand money.

The essence of money does deserve to be discussed however, even by non-central bankers. After all, central bank bureaucrats and other gosplanners are rushing ahead with the introduction of central bank currencies (CBDCs), which will lead to radically different money - perhaps an even bigger change than when the dollar was decoupled from gold.

The global financial system is also undergoing major changes, not only due to extreme debt burdens, as a consequence of deglobalisation, but also from its increasing use as a weapon - sometimes even against domestic individuals and organisations. In the midst of it all, there's the rise of Bitcoin and cryptocurrencies, which many find difficult to understand. But such difficulties are probably at least partially rooted in a lack of understanding of money as a phenomenon.

The usual economist definition is that something must fulfill three conditions to constitute money: 1) you must be able to use it for payments (it is a means of payment), 2) prices must be stated in its units (it is a unit of account) , and 3) it must store value over time (it's a store of value).

Are these three conditions fulfilled with modern fiat currencies?

We can also construct a table comparing fiat money in your bank account to cash, gold and Bitcoin, in a "battle of different moneys". The point is primarily to show that money - or moneyness - is a fairly complicated question.

What's more, what did it matter that Canadian truckers had "money" in their accounts when banks - cheered on by the government - stopped them from using it? At that time, their Canadian dollars did not work as a means of payment or as a store of value. Their money turned out to not be money at all. (The financial system is increasingly being used as a weapon, or even as a political tool, see here).

With today's AML (anti-money laundering) and KYC (know your customer) regulations there's also no longer a presumption of innocence. Your money isn't yours unless you can prove it. "Gunnar cashed in SEK 311,500 - the Swedish central bank kept the money" is one of many nasty headlines in recent years. This loss of innocence has undermined the role of cash further. Even companies are at times required to provide written reports or invoice copies to their banks in order to receive payments. This loss of the presumption of innocence, and a tsunami of bureaucratic hassle, has translated to less moneyness for fiat currencies.

Indeed, the money we are most used to has moved far away from the typical definition of money. Fiat money stopped being real money years ago.

It will get worse in the near future

Central banker Neel Kashkari said something surprising the other month, surprising because he said it in his his capacity as the head of the Federal Reserve Bank of Minneapolis:

No sweets (or meat) for you?

With CBDCs, the authorities will be able to program your money so that it can only be spent on certain goods and services, see for instance the words of Sir Jon Cunliffe, deputy Governor at the Bank of England:

You could think of giving your children pocket money, but programming the money so that it couldn’t be used for sweets. There is a whole range of things that money could do, programmable money, which we cannot do with the current technology.

An appetite for absolute control

The main difference between cash and CBDC is that central banks will get absolute control over rules and standards that would define the use of CBDCs; and we'll also get the technology for ensuring its compliance.

If you can't buy what you want, is your money still a means of payment?

Once CBDCs are implemented broadly, fiat money will become even less like real money. The central bank - or government - will be able to prevent spending , not only monitor or tax it after the fact. Is such "money" still a means of payment? Not at all. With CBDCs, there will be no limit how deep into negative territory interest rates can be steered.

The government will also be able to automatically tax or withdraw funds from your account, perhaps if you fail to show the proper sign. CBDCs will make fiat money an even worse store of value. Only the unit of account condition will be fulfilled with CBDCs (Compliance-Based Decay Coins?).

How about planning for an escape? Not so fast, there will be no one escaping today's gosplanners, it would seem. In the words of ECB President Christine Lagarde: "there has to be regulation (...) at a global level because if there is an escape that escape will be used".

The current crop of central bankers not only seem preoccupied with control - even absolute control, but also with preventing escape. What does that remind you of? Perhaps Tolkien can give us a clue.

Tolkien once rhetorically asked his friend C.S. Lewis: "what class of men would you expect to be most preoccupied with, and hostile to, the idea of escape?"

He then gave the obvious answer: