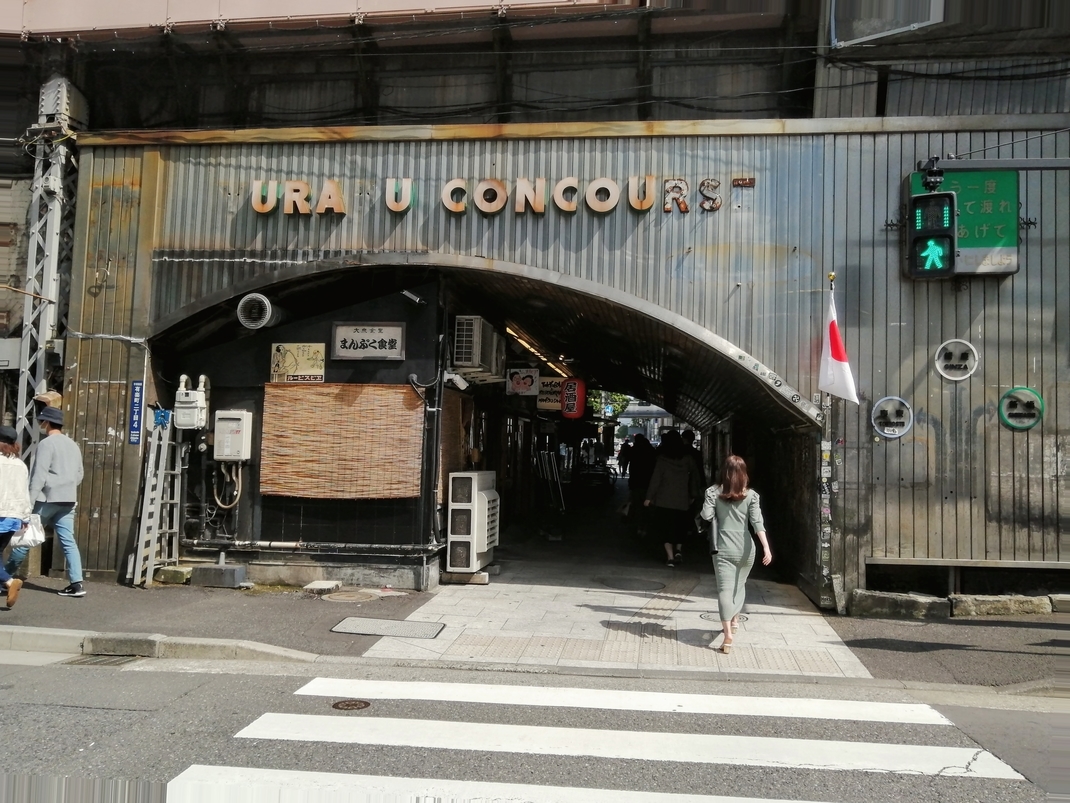 A street performer had set up under the railway overpass at Yurakucho. He was juggling long, dull knives. When he got down, he gave a heartfelt speech about the life of a busker. Two police officers watched as he solicited donations.

I could see that Ginza was too busy. The Golden Week holiday is usually a good time to travel around the city. It's usually empty. But Ginza fills up with daytrippers from the suburbs.

I walked toward Toranomon, through Hibiya Park, cutting back around Mikasa Hill to avoid the southern gate. There is always an excuse to allow hawkers to set up around the fountain and sell deep-fried spiral potatoes. The rest of the park was green and dark and quiet.

I took the elevator to the top of Atago Hill.

I had walked around it many times over the years but I had never gone up. 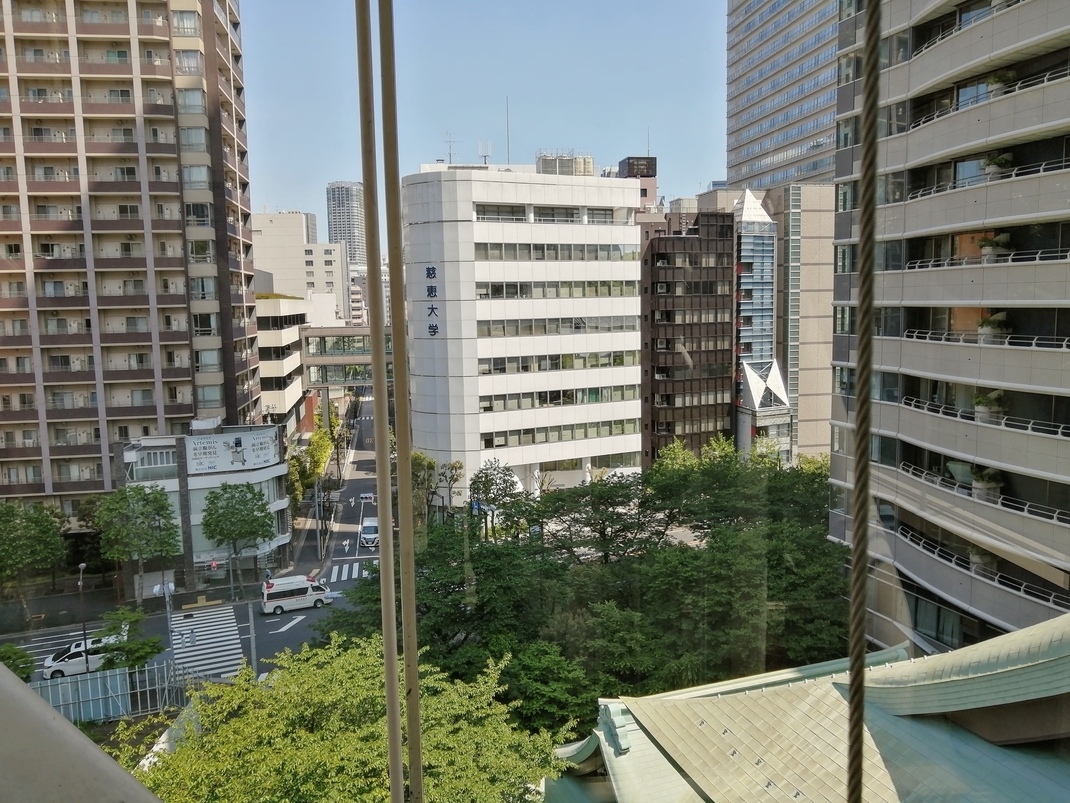 Unlike Mikasa Hill, built from landfill after digging out the ponds of Hibiya Park, Atago Hill deserves its designation. It is hard to get a sense of how high it rises, since it is blocked from view and has its views blocked by the surrounding apartment towers. It has been absorbed into the Atago Green Hills development by Mori Building Company, who built most of this part of town.

I expected the shrine at the top to be deserted. I was surprised to see a line-up of sixty or seventy worshippers.

I took the elevator to the top of the hill because I had read a few weeks before the story of a group of young nationalists that seized the hill in the middle of August of 1945. (I believe it was in The Fall of Japan: The Final Weeks of World War II in the Pacific by William Craig that I first read about it. That is the account that I drew from here.)

There were ten men on the hill. They were led by Iijima Yoshio 飯島与志雄, who had been active in nationalist youth groups for a while. The nine other men on the hill were between the ages of nineteen and thirty-five.

Iijima Yoshio and his men had intended to support the failed coup led by the Ministry of War and rebel factions within the Imperial Japanese Army. On the 16th or the 17th of August, they had led assault on the home of Interior Minister Kido Koichi 木戸幸一, a key proponent of negotiated surrender.

They had heard the Emperor’s broadcast, announcing Japan’s surrender. They refused to believe it was true. When their attack and the coup itself proved to be a failure, Iijima Yoshio and his men retreated to Atago Hill with weapons and explosives. 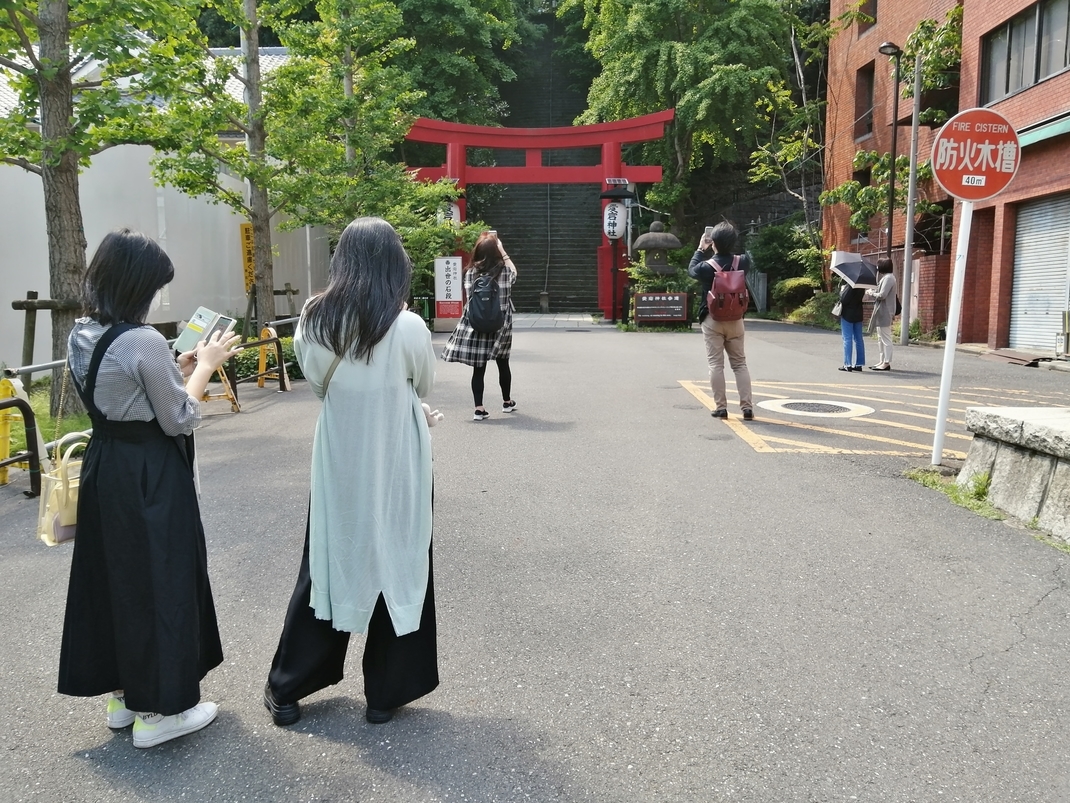 The police surrounded them.

I don’t know exactly how Atago Hill would have looked in 1945. The stairs up to the top are the same. The northern approach might have already been paved for cars. But it would be a good place to fight from.

Kodama Yoshio 児玉誉士夫 was called to intervene. That was on the 22nd of August. (Other dates are unclear to me. I am sure that this happened on the 22nd, though.) The political fixer, occasional heroin smuggler, and future CIA asset climbed the hill and informed Iijima that the Emperor had surrendered of his own free will. He told them it was time to give up.

Some accounts tell us that Iijima wept. He asked for time to come up with a plan. Some members of the group would kill themselves; others would come down to face punishment. Kodama gave his guarantee.

In the end, the rebels killed themselves with their explosives. It might have been an overzealous cop shooting up the hill that forced their hand. Maybe they had always intended to go out together. 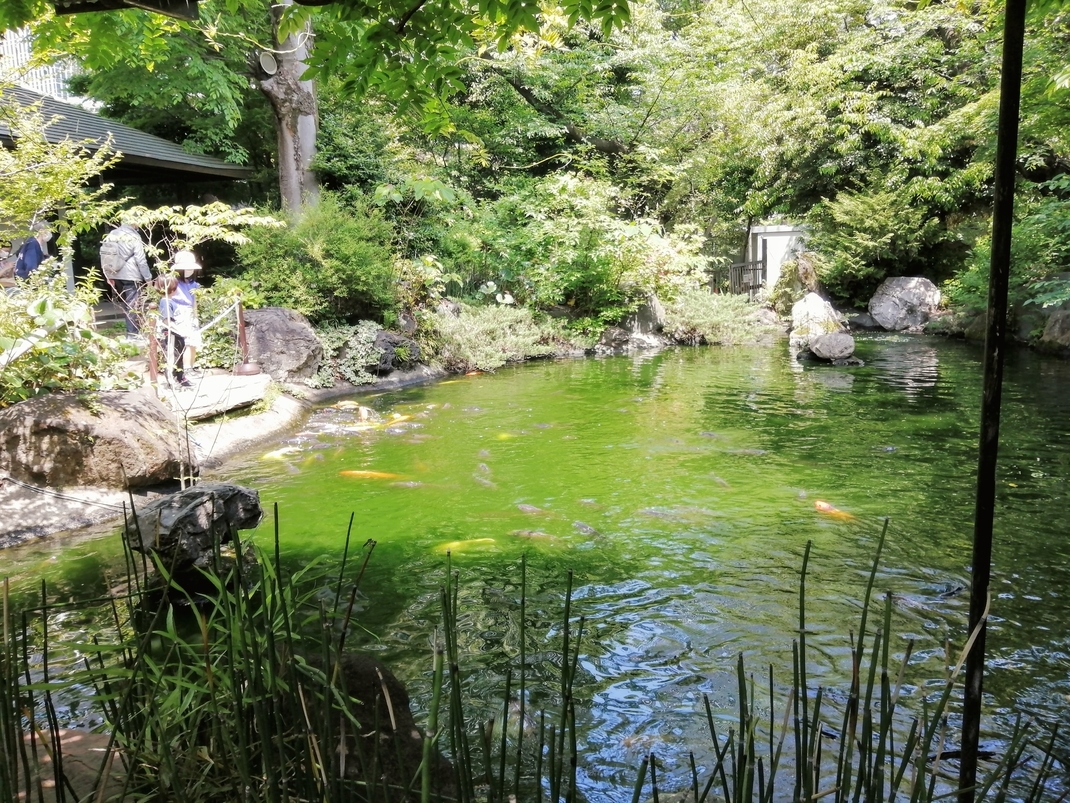 I knew that there was a monument on Atago Hill to the rebels. I couldn’t find it. I wasn’t sure what I was looking for. It was too crowded on the grounds of the shrine for a proper search.

I watched kids posing for pictures with one of the old, gentle cats that lives at the shrine.

I took the elevator back down.

I returned a couple days later.

This time, I decided to walk up the stairs. There are supposed to be eighty-six steps, but I counted eighty-eight.

I found the monument to the martyrs. It is not in the grounds of the shrine itself, but on the western edge, facing the parking lot and the NHK Museum of Broadcasting (in 1945, it should be noted, there was a broadcasting station operating on the hill, although I’m not sure that was ever a target for Iijima and his rebels). 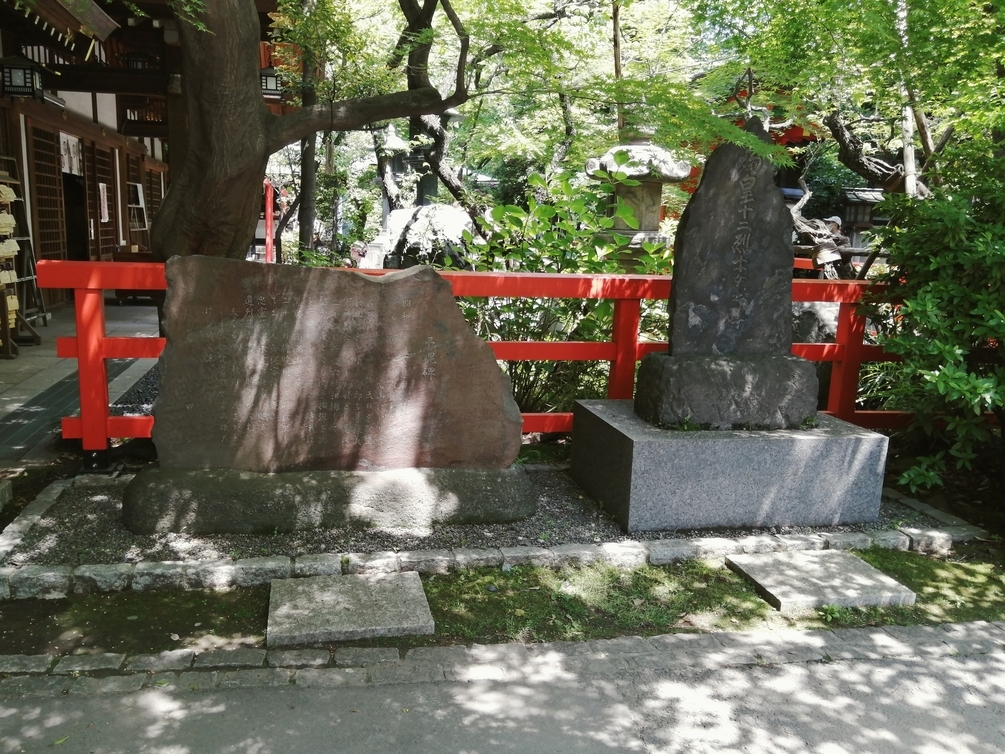 The stone on the right declares that it is a monument to twelve martyrs that gave their life out of loyalty to the Emperor.

The stone at left has a record of the deeds of Iijima and his nine fighters, as well as an explanation for why two additional martyrs are remembered: on August 27th, the wives of two of the men returned to Atago Hill and killed themselves. It does not say so on the stele but I believe that they used pistols.

I must say something here: I am not sure whether any of the young men remembered at Atago Hill I don’t know the personal beliefs of each of them, but if they had succeeded in killing the Interior Minister and the coup by the War Ministry had gone ahead, I have to conclude that millions would have died. It’s hard to know exactly what would have happened, but it would have been horrifying. The Showa Emperor could not have survived. Japan would not exist in the present day in anything like its current form. But, given that their cause was doomed, their final sacrifice was dignified.

There are too few memorials like this in Tokyo—not to men dying for doomed causes but to victims of the war. You would probably not stumble across the monument to the Tokyo air raids that turned most of the city to ash.

The country was turned over to men like Kodama Yoshio. When he went up Atago Hill, he told Iijima the truth: none of it was real. The Emperor had surrendered of his own free will and Kodama Yoshio would do the same. All they had to do was remain patient and they could go back to their lives. Iijima made the mistake of actually believing in the cause.

The nationalists stayed in power under the direction of American military and intelligence. They began telling everyone that nothing of note had happened during the war. Their war memorials denied Japanese militarism and all of its ideological underpinning, except worship of the Emperor. The fact that the United States controlled Japan meant that the war couldn’t be remembered in any way that made sense.

In the end, it doesn’t matter to me, personally. I live in the world built by Kodama Yoshio and Mori Taikichiro 森泰吉郎.

I took the elevator down and walked over to get lunch at Toranomon Hills.

On the third floor of the Mori development, there is a food court designed to mimic a typical Tokyo backstreet. Maybe it is busier outside of the holidays. It felt empty.

I ate pigeon and pork at Akasaka Rikyu and practiced my Cantonese.