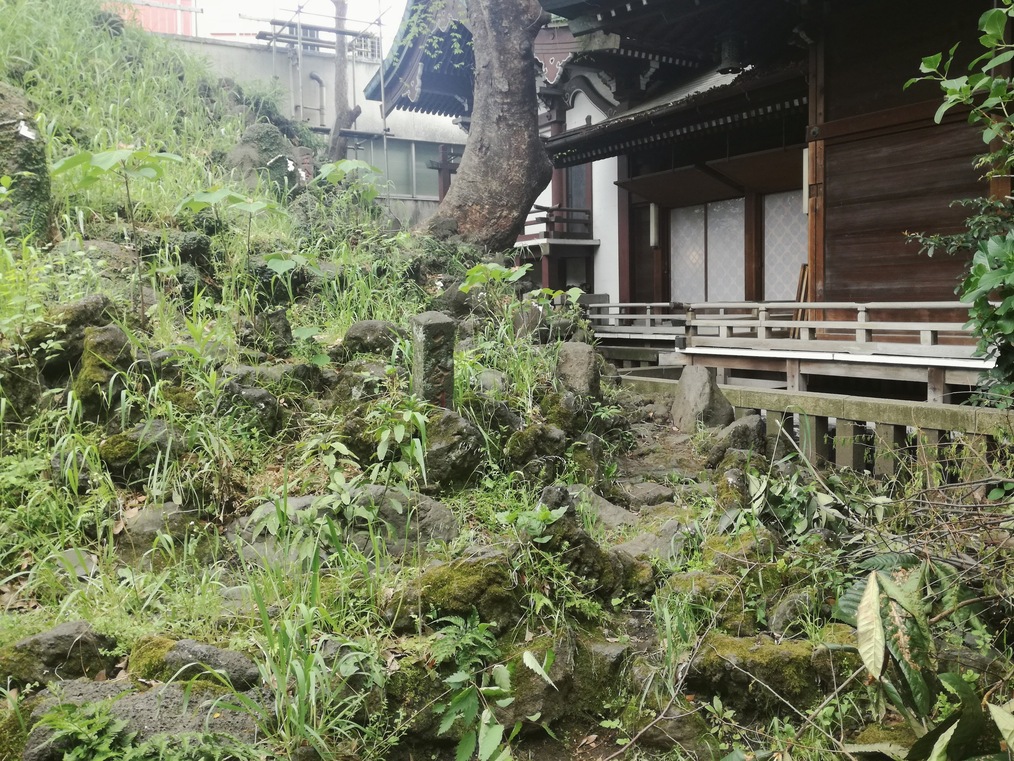 Even in the summer, Onoterusaki seems to be in perpetual gloom. The trees block the sunshine that the apartment towers do not. Except for a few days in late August, the shrine’s dirt yard is never completely dry. Several safe paths are laid out in flat, wide stones. In the cool breath of the earth, there are the smells of damp and decay, rising up to mingle with incense smoke.

There is a Heian scholar of the Chinese classics enshrined at Onoterusaki. His name slips my mind now, although I recall that he once descended a ladder down to hell to clerk for King Yama. Hanging on a rack, there are ema—wooden placards on which devotional messages, wishes, or nearly anything else are written—decorated with a picture of a bush warbler perched on a brush.

Although I have never worshiped its gods or made donations (to be honest, I may have once purchased one of the bush warbler ema), and it is not the nearest shrine to my home, I belong to it. There is no reason other than my address happening to sit within parish borders. The word “parish” here seems too formal, because there is no longer anything to govern this arrangement. A directive from the Supreme Commander for the Allied Powers in 1945 took away state recognition. The Americans saved the Japanese from being bound by community Shinto ritual, and so also liberated me from any obligation. Even still, I stop by quite often.

Like many of the other people strolling across the grounds, I do not perform any of the rituals of a shrine visit. Sometimes I am only taking a shortcut by walking through, or I am killing time in the shade. But I always pay a visit to the mound of dirt and rock that sits in the corner of the yard.

The mound, about the height of three men, stands behind an iron fence and a gate. Stone monkeys sit sentry. In most seasons, it is covered in weeds. It’s only in the winter that you can see that it’s made from porous lava rocks and compacted dirt. Its shape is meant to mimic Mount Fuji. In fact, that’s precisely what it’s meant to be—a miniature replica of the mountain. There used to be many more of these fujizuka in Edo, but only a handful remain.

They were built by a cult dedicated to an ascetic that starved himself on the mountain.

Jikigyo Miroku was the fifth or sixth successor in a line of common men that became prophets of the Fuji religion. The theology is difficult to explain: it involves Buddhist eschatology, Japanese ethnic nationalism, the metaphysical power of rice, and the mountain as the root of it all ("The Tokugawa Peace and Popular Religion: Suzuki Shosan, Kakugyo Tobutsu, and Jikigyo Miroku," by Royall Tyler in Confucianism and Tokugawa Culture has the clearest account).

He was a merchant, initiated into the cult after arriving in Edo. One day, he had a vision, sold everything he owned, and devoted himself to the full time preaching of the Fuji message. After his house burned down, he vowed to go to the peak of the mountain and fast until all sentient beings were liberated. He died on the mountain—not even at the peak, since he was forbidden access by a shrine that controlled the summit.

He starved himself in 1733. In a time of hunger and epidemic and social disorder, Jikigyo Miroku’s message and his martyrdom made him a posthumous sensation. Followers tramped out to the mountain on pilgrimages. But that was not convenient, so worshippers built replicas of Mount Fuji, like the one at Onoterusaki, which was built almost a hundred years later.

There is still a day set aside once a year to climb the mountain. The iron gates are opened and the pilgrimage to the peak of the mound can be made on a circular path carved into it. It certainly still means something to the neighborhood people that come to take part, even if the cult no longer has any followers.

I am still not sure what this means to the present moment. Late Tokugawa world renewal cults, mystics retreating to the sacred mountain when the famine came, syncretic esoteric movements of the Meiji, the postwar anticommunist crusaders that burrowed their way into the government with the support of American intelligence organizations, the thwarted ‘68 rebels looking for gurus, burnt out salarymen leaving their families for the promise of being at the right hand of God when the world ended… I believe I can see their methods replicated. Maybe it is because those are the only methods that work.

I think the best way to look at new religious movements is to find out what they provided that people could not find anywhere else. To leave Japan for a moment, the rise of new religious movements in China in the 1980s has been explained by some evaporation of meaning at the end of revolutionary socialism, but the actual reasons are more prosaic: first and foremost, they provided a social network for urban migrants, or replaced connections disrupted by the restructuring of the work unit. As well as qigong cults, pyramid schemes were rampant; the two types of organization provided the same social connective tissue. Going a layer deeper, into the world of the true believers, I think what they provided was liberating people from autonomy.

I will try to explain this. I met true believers in Falun Gong that persisted with the group even after Jiang Zemin’s sweeping crackdown. I made friends with a man who had come to the group after his state-run factory was privatized and the employees were dispersed from work unit housing to apartments in the suburbs. He was a born follower. He had watched men his age go to Xinjiang in the 1980s and strike it rich. He had friends that had invested in real estate in the 1990s and made themselves small fortunes that allowed overseas travel and Buick minivans. He desired those things, too. He had the right connections but he was never reckless or brave enough to take the leap. He was a man that did not want to make his own decisions. What he got from Li Hongzhi’s group was direction.

Japan since the 1990s is not unlike China, as I have said many times before, in that it dismantled its own form of socialism (only one of the two scenarios saw rising standards of living). Community is missing. The popular term for this is now the muen shakai—a society without bonds—describing complete atomization. If you grew up in a highly regimented society where social interaction was directed by the state or corporation, I imagine it’s very disorienting to find yourself floating free of all social connection.

I think of the elderly women that live in my apartment building. I have mentioned them already too many times. These women are alone, their husbands dead, usually not living anywhere close to where they were born, their children occupied with other things in other places… They resent each other, I feel. Although maybe all women, no matter their age, are trapped in the same drama, incomprehensible to me. There is nothing to bind them together, except the ritual of trash sorting. The municipal ward’s social workers are the ones that find the bodies.

This building is popular with recruiters for religious groups. Recently, two women came to my door and managed to get me to set a date to go to their temple to chant a sutra for peace in Ukraine. They were committed. When I told them that I had my own faith, they told me that it didn’t matter. The next day, when I sent a text message begging off, they came back to check on me, accompanied by a younger and more attractive woman. In the end, A✲✲✲✲ intervened on my behalf.

While other hawkers, selling real estate or cruises, usually take a polite nod to turn away, the religious entrepreneurs are hard to shake. They are not dissuaded by my halting Japanese. A recruiter in Ueno—a beaming young man in a uniform probably sourced from one of the ethnicky shops nearby—was willing to walk all the way home with me, explaining in a mixture of Japanese, Chinese, and English the ways in which our modern world had been spiritually corrupted.

This might be my own prejudice, but I don’t believe many people hope to experience anything mystical or transcendent in their lifetimes. Perhaps I could say that it’s a secondary attraction. It’s nice to have somebody to talk to, and maybe some hope that your corpse will not go undiscovered for more than a couple days… And after that desire is fulfilled, you might start thinking about speaking with God.

There is more to it than that. The men that rose within the ranks of the Aum’s Ministry of Science and Technology were looking for something beyond authority and someone to chat with. Their chief scientist was motivated, he said, by the fact that Aum’s facilities were better than those at his university’s laboratory. These are the people that are looking for transcendence also, perhaps. And above them are people that recognize the true power of a religious movement.

In a place as thoroughly depoliticized—and with stable institutions—as Japan in its Lost Decades, religious organizations can easily shift things in the direction of their choice. I will take the clear, aboveground example: Soka Gakkai’s political party has ended any possibility of changing the constitution. It seems that the social conservatism of the Liberal Democratic Party is down mostly to the need to court religious movements. These groups make sure that no legislation is enacted that would restrict their activities. They dispatch their faithful to join the bureaucracy and the staff of the Liberal Democratic Party.

It’s likely that something like this would have happened in China, too. The foundations were laid by charismatic qigong masters getting close to the Party leadership in the 1980s. The Stargate material released by the CIA shows them trying to figure out whether or not the special abilities of qigong masters are real, but also trying to figure out who in the Party is under their control. The crackdown between 1989 and 1990 was not enough. Rooting out the cults took Jiang Zemin forming the Central Leading Group on Dealing with Heretical Religions and locking up thousands of people. The influence of the qigong cults on Chinese politics is minimal; their influence on American politics shows why their exile might not have been a bad idea.

The shogunate banned the Fuji cults, too, from time to time, although it was for different reasons. I haven’t read anything that suggests they had any proximity to power. The danger seems to have been their ability to organize people outside of the fragmented contemporary institutions of power.

That option—building a rebel faction—if we’re talking about politics, seems less feasible now. That is what Aum discovered. It is not worthwhile to build a shadow government or gamble on the apocalypse. It is better to burrow inside and wait. 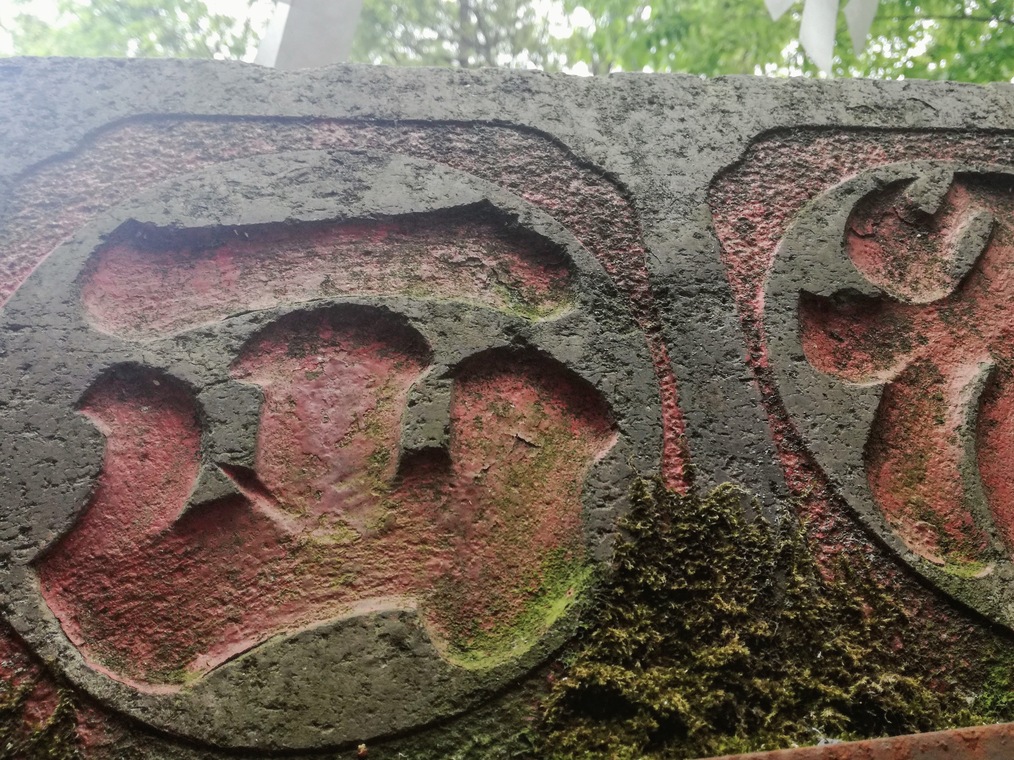