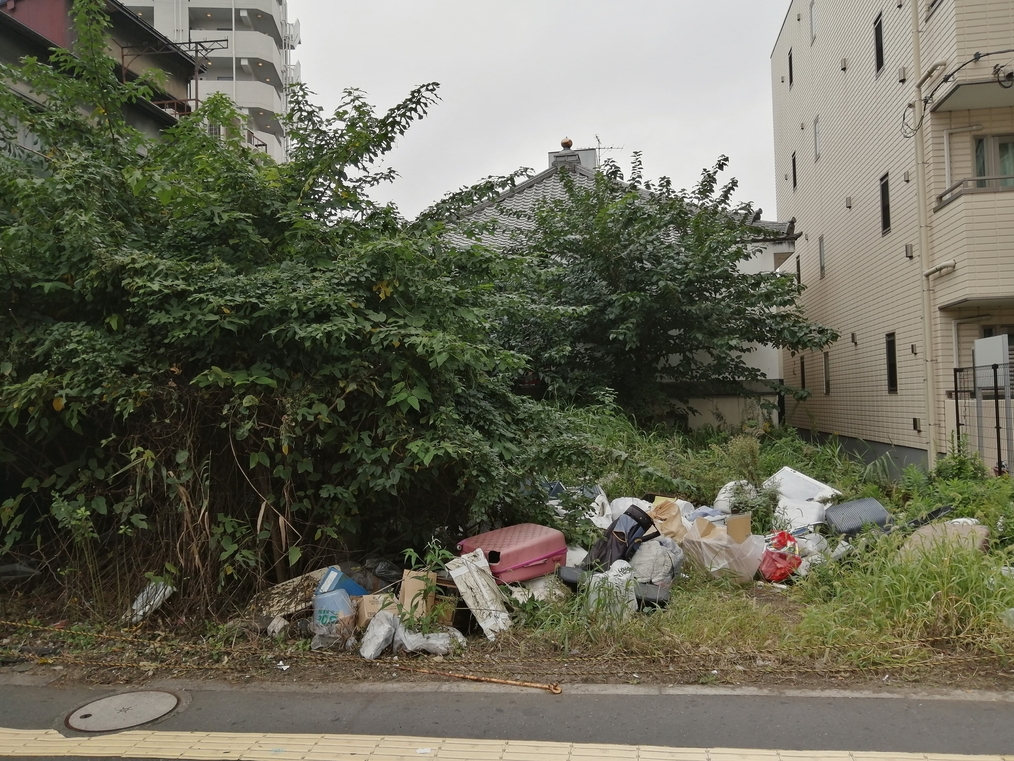 Are they going to stay there, set down, left in utter neglect, abandoned? Maybe. For they have been there all year. I believe I took this same picture a year before, too. The empty lot between the supermarket and a barbershop. On taking that picture a year before, an elderly woman observed me, sidled up, and then blamed the mess on the residents of the subsidized housing complex nearby. I would not blame them, myself. Perhaps the elderly woman was put off by the demographics. Well, true. It is only foreigners that live in these crumbling danchi. Foreigners and the elderly. The elderly are on fixed incomes. The foreigners get paid in cash. This one near Minowa is occupied by young Chinese families. I have come across them at the park near the Olympic Supermarket. There is a cupboard of a Chinese grocery store nearby, too, on the way toward Joyful Minowa. But I am afraid it is tourists that have abandoned suitcases. Since the lot is likely in the possession of the temple just beyond it, nobody can put pressure on them to clean it up. That is how I would sum up the situation. But perhaps she is privy to information I can’t have.